As a school teacher, I’m on my feet much of the day and was having some odd symptoms. I was told by the nurse at the school to see a doctor, and when I had passed at out school I was taken to the hospital and later diagnosed with lung cancer. Originally doctors thought it was stage 4 adenocarcinoma, but it was later restaged to stage 1B lung cancer. I was only 29 at the time, and it was all I could think about. I was very anxious and overwhelmed by all of the unknowns associated with my diagnosis.

I ended up having surgery. The top left lobe was removed, and I had 4 rounds of chemotherapy. I was not eligible for a clinical trial, but would have considered one. I had two mutations, but there were no trials at the time. Today, my condition is stable, and I have been blessed with two wonderful children!

After surgery, I had lost my voice and had to adapt to my new lung capacity. This was a big challenge, because as a teacher I needed to be able to yell or read a book at any moment of the day without thinking twice.

Life after treatment was all consuming of my emotions and energy, but I had a strong support system throughout the whole process. My mother took me to all of my appointments, scans and chemotherapy. I leaned on those closest to me. My friends and family were a big help.

I found a few things to help make my journey with lung cancer easier. I avoided reading too much on the internet. There is so much out there, and it can be overwhelming. I also did not ask the doctor questions that I didn’t want to know the answer to. All of the medical terminology was just too overwhelming to me. I put my trust in my medical team.

There are a ton of resources available for people living with other cancers, such as breast and prostate, but very few for lung cancer. It can be hard to find a support group for lung cancer survivors, but I highly recommend getting “plugged in” with one. Just talking to someone who has been there can be helpful, and it can be therapeutic to share your own story.

In the 4 years since my diagnosis, I started Cassie’s Crew in the Dallas Free to Breathe Walk and become an involved advocate, committee member, team captain, donor and ambassador, raising over $110,000 for lung cancer research with my team. It has been a great way to give back and stay connected to the lung cancer community. 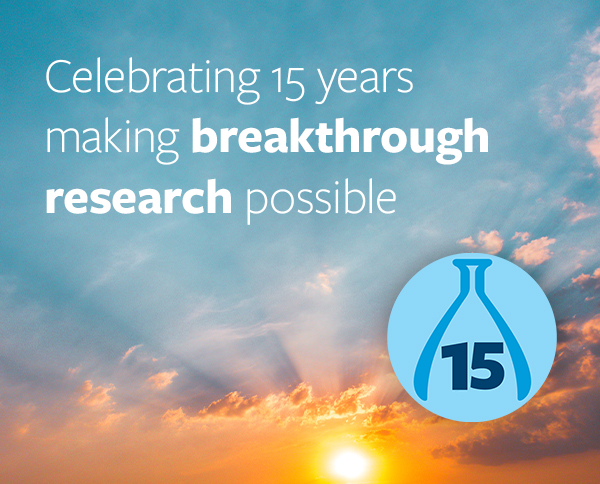 Support the next 15 years!