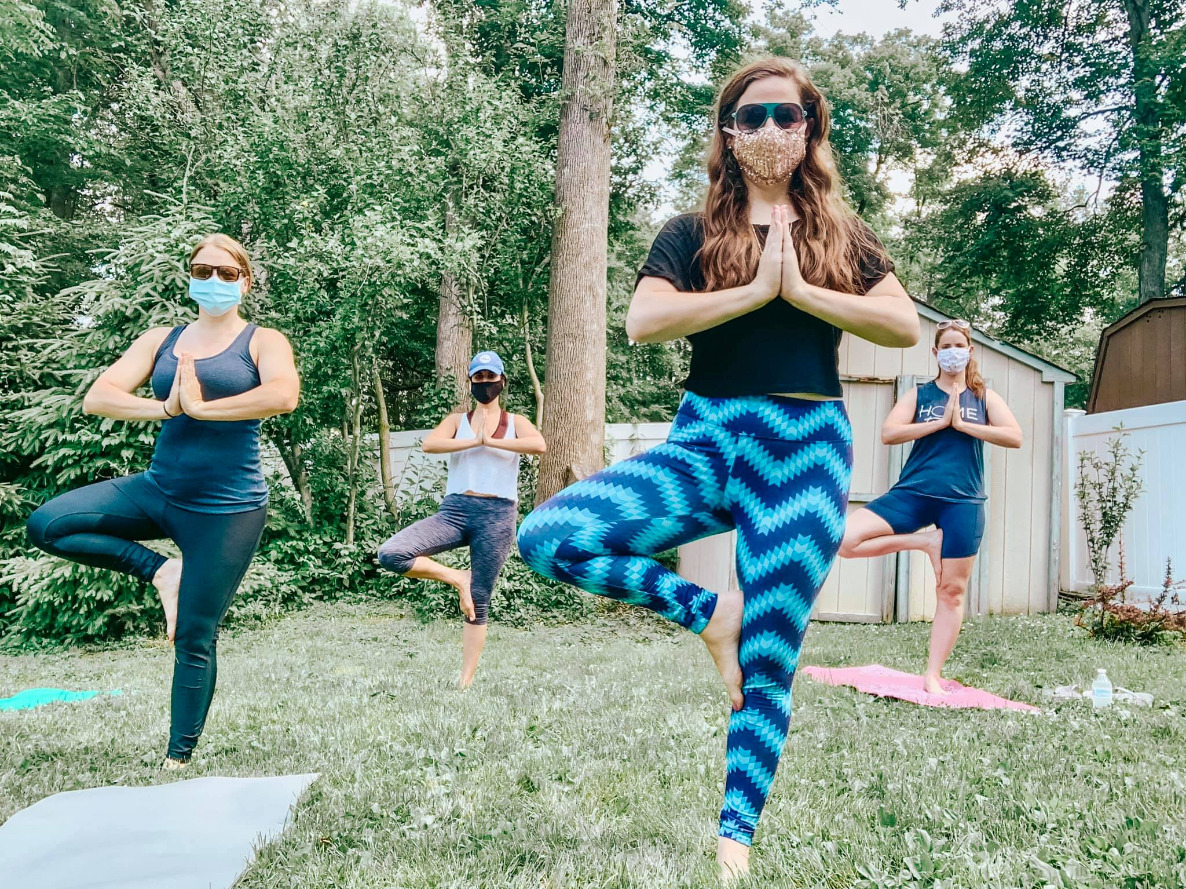 Hundreds of participants tuned in for LCRF’s first-ever virtual yoga event on Saturday, June 20, 2020. More than 900 people representing 43 states registered for the livestream, including 200 people who have received a lung cancer diagnosis – a record turnout of survivors for a single event.

As of event weekend, supporters have raised $54,000! You can still donate and support lung cancer research!

Watch the entire event below!

Jaymie Bowles, joining from Georgia, told about her journey after being diagnosed with Stage IV lung cancer two years ago. (Jaymie is introduced at 31:19.) She pointed out that she was wearing the color orange to represent “I have been given a diagnosis of lung cancer.”

From her home near Chicago, yoga instructor Natalie Koberstein led meditation followed by a gentle yoga flow. (Yoga begins at 39:43.) Natalie lost her father to lung cancer five years ago and has been involved with Free to Breathe Yoga since its beginning.

Take a look at highlights from social media below! (Click to view full sized)