Reprinted from the Pathways, Spring 2014. Pathways is LCRF’s Semi-Annual Newsletter.

The USPSTF is an independent group of experts funded and appointed by the federal government which evaluates preventive services. Since 2008 Medicare has been able to cover new preventive services that receive A or B grades from the USPSTF. In 2010, the Affordable Care Act (ACA) mandated the coverage of USPSTF A or B graded services by most private insurance plans and removed coinsurance for Medicare covered services. (6) In light of this expanded role, the processes used by the Task Force to develop their recommendations are of increased importance.

The USPSTF bases its grading system on a service’s expected net benefit and the certainty of that benefit. A potential weakness of this strategy is that it treats the net benefit determination as constant throughout the population. Even within the NLST eligible population there is a wide range of expected net-benefit from LDCT screening. A recent study has suggested that the number of false positive results per prevented lung cancer death (a measure of net-benefit) from LDCT screening varied 25-fold between low and high risk NLST participants. (7) A more nuanced set of recommendations would assign different grades to these high and low risk individuals.

Following several guidelines released by professional societies, the USPSTF also recommended screening for a group not studied in the NLST, 75-80 year olds with a substantial smoking history. The USPSTF relied on disease state models to provide evidence for this recommendation, extrapolating the NLST results to older individuals. Such extrapolation is considered to be lower quality evidence than RCTs or observational studies, implying that the certainty of the net benefit in this population is also lower. Ideally the grading of the recommendation to screen 75-80 year olds would reflect this.

There is strong evidence that LDCT screening for lung cancer is beneficial for individuals at high risk of developing the disease. However, this benefit will vary significantly from person to person. Despite largely following previous guidelines, the USPSTF’s recommendation lacks the parsimony necessary to communicate this critical point. 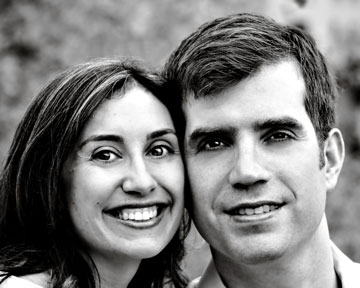 At just 45, Michael is facing stage IV lung cancer. His family wants more treatment options for patients like him, and research is the only thing that will make it happen.

This month, the Echenberg family is matching all gifts, up to $10,000. Donate today and double your impact! Your support will give lung cancer patients like Michael more time with their families.