#VBGIVESBACK with LCRF towards finding a cure for lung cancer 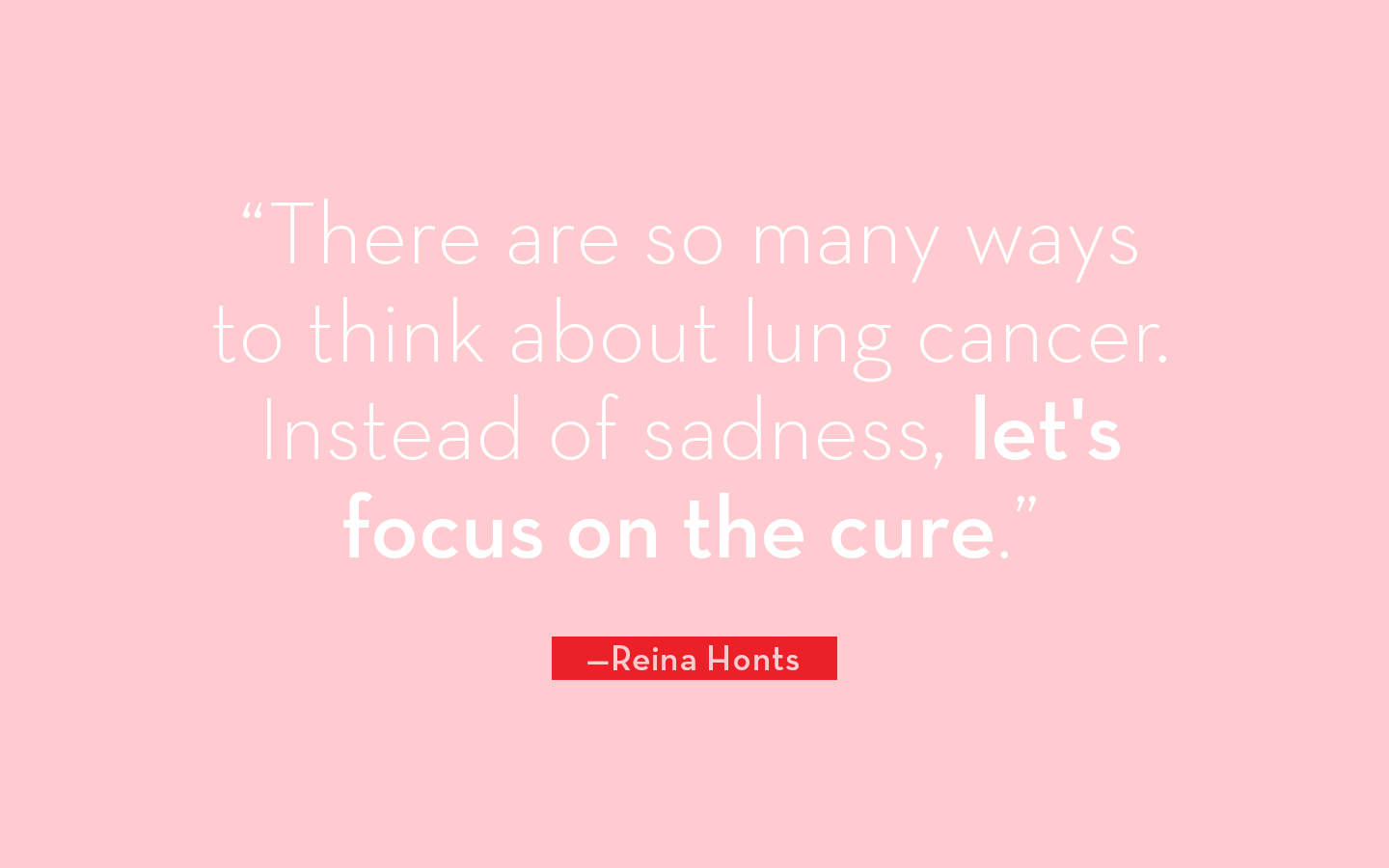 The Veronica Beard Gives Back (#VBGIVESBACK) program was launched in 2015 to support women who are making a difference in the world. From October through December, Veronica Beard is partnering with Reina Honts and the Lung Cancer Research Foundation® (LCRF), which has been on the forefront of funding groundbreaking research in the prevention, diagnosis and treatment of lung cancer, with the ultimate goal of a cure.

Funding is critical: Lung cancer kills twice as many women as breast cancer, three times as many men as prostate cancer and contrary to what you might think, lung cancer isn’t a smoker’s disease. While smoking can be a factor, every year, over 20,000 people are diagnosed who have never smoked.

“Yes, smoking is the leading risk factor, but there’s also a stigma with lung cancer because of it,” said Reina Honts, LCRF board member and a lung cancer survivor. “Up to 65% of people who get lung cancer are non-smokers at the time of diagnosis—and that’s a huge number. If you have lungs, you can have lung cancer. It can be because of asbestos, air pollution, radiation, certain metals or chemicals… Just think of all the people on 9/11. I’m worried about the younger generation and vaping, too. More and more young, non-smoking women are getting lung cancer; a four-year-old was just diagnosed.”

The Lung Cancer Research Foundation is the pre-eminent nonprofit organization focused on funding innovative, high-reward research with the potential to extend survival and improve quality of life for people with lung cancer. LCRF’s mission is to improve lung cancer outcomes by funding research for the prevention, diagnosis, treatment and cure of lung cancer.

“We are proud to partner with LCRF this quarter for VB Gives Back. The reality that twice as many women die from lung cancer than from breast cancer is staggering. As women with family members or friends who have suffered at the hands of this disease, we are committed to helping find a cure.”

Veronica Beard will be donating a portion of sales from every online transaction back to LCRF all day, every day through the end of the year. Learn more here.

ABOUT VERONICA BEARD
Veronica Beard strikes the balance in fashion between cool and classic. Sisters-in-law Veronica Miele Beard and Veronica Swanson Beard launched their eponymous brand in 2010 with their signature Dickey Jacket. Veronica Beard provides a modern perspective on iconic wardrobe classics and delivers a lifestyle offering that has expanded to include jeans, shoes and swimwear. The collection is intuitively designed for real life—empowering her from day to night, work to weekend, and everywhere in between.

ABOUT LCRF
The Lung Cancer Research Foundation® (LCRF) is the pre-eminent nonprofit organization focused on funding innovative, high-reward research with the potential to extend survival and improve quality of life for people with lung cancer. LCRF’s mission is to improve lung cancer outcomes by funding research for the prevention, diagnosis, treatment and cure of lung cancer.

To date, LCRF has provided nearly $34 million in research grants to investigators around the world. In addition to funding lung cancer research, the organization focuses on lung cancer awareness and education. The Foundation also hosts community events nationwide through its Free to Breathe Events Program.

You can change the future
for those with lung cancer!