NEW YORK, AUGUST 14, 2014 – LCRF funded researcher, James Welsh of The University of Texas MD Anderson Cancer Center, was part of novel research study that may lead to therapeutic strategies for the treatment of lung cancer in the future.

This study focused on therapeutic resistance, especially in lung cancer patients. Resistance to current treatment types is the primary factor that limits the effectiveness of therapies for solid tumors, including lung cancer. This concept is particularly common for overcoming resistance to ionizing radiation, which is currently the only potentially curative nonsurgical approach for solid tumors, including nonsmall cell lung cancer (NSCLC).

Current treatment for NSCLC often leads to resistance and reoccurrence of the disease. In an attempt to improve outcomes in such cases, Welsh and the team studied agents that target signaling pathways that mediate treatment resistance.

Prior research has revealed that the loss of miR-200c enhances the aggressiveness of cancer and metastasis and that the replacement of miR-200c inhibits cell growth in several types of tumors, including lung cancer. In this particular study, the team sought to investigate the outcome of the overexpression of the increase miR-200c molecule.

Their findings revealed that the miR-200c overexpression increased cellular radiosensitivity in lung cancer. The antitumor effects of miR-200c, they found, result partially from its regulation of the oxidative stress response. This suggests that micR-200c, in combination with radiation, may represent a therapeutic strategy for the future.

To read more about this study and its findings, please click here.

The LCRF is dedicated to supporting research on innovative strategies for better treatments, screening, and prevention of all cancers of the lung. Our goal is to fund promising scientific and clinical research initiatives that will lead to more positive outcomes and improved quality of like for all lung cancer patients. We commend Dr. Welsh and his colleagues for their work and believe that we are making strides to combat this deadly disease. 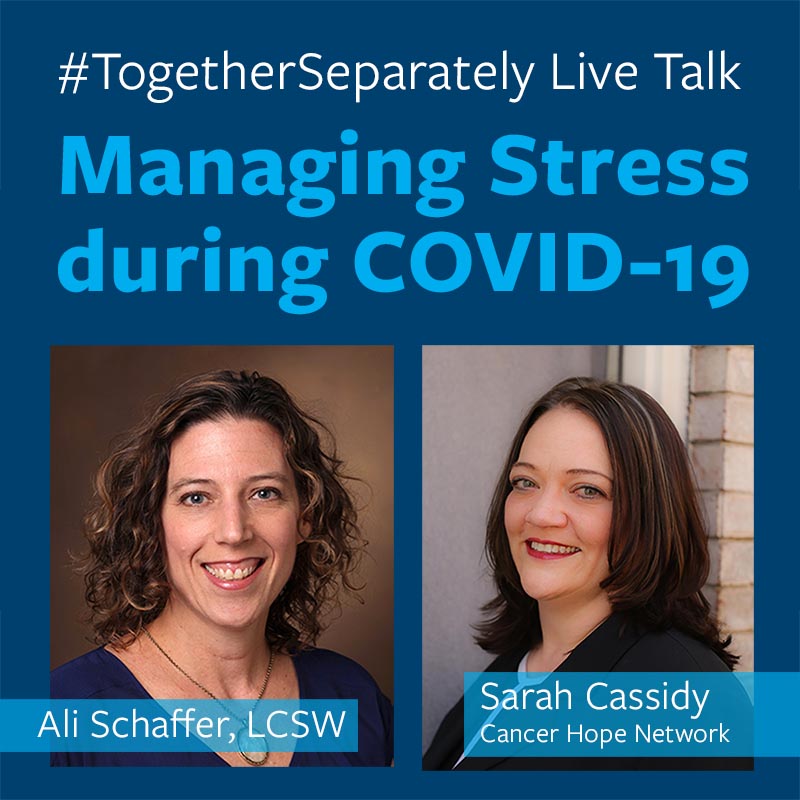 Our next Lung Cancer Community Talk will be held Thursday, April 9 at 12 PM ET! Join us for a conversation about managing stress during the COVID-19 pandemic.