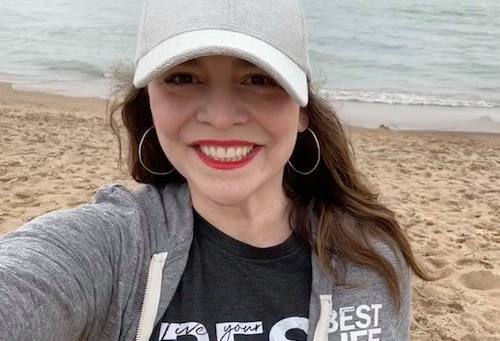 Erika Hlavacek passed away on April 27, 2022 from complications caused by Stage IV lung cancer. She was 47.

Erika was a board member at ALK Positive Inc., served on multiple committees for industry groups and founded two nonprofits. You can read about yEAHbestlife below. In 2021, she became a founding parent and founding board member of Pickles Group, which benefits children of parents with cancer through peer support groups.