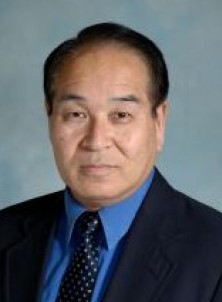 In recent years, there has been a rapid rise in the number of women diagnosed with lung cancer. Many studies suggest that women are more vulnerable to cigarette smoke-induced lung cancer than men. In addition, women who are non-smokers are statistically more likely to develop lung cancer than men who are non-smokers. Although smoking is a major culprit in this unfortunate upward trend, other genetic, social, and environmental factors are thought to play a role in the development of lung cancer in women. Dr. Mu is using a new gene discovery method to search for genes that are frequently altered in lung cancer cells in women, and to further study these genes to determine how they contribute to lung cancer, with the ultimate goal of creating diagnostic methods and therapies that are potentially more suitable for women with lung cancer.

Dr. Mu has discovered a frequent genetic mutation (in ~20% of NSCLC) that affects three genes involved in tissue development, well known as common markers of lung cancer. In collaboration with other teams, Dr. Mu has shown that two of these genes are associated with poor 5-year survival.

Notable Accomplishments
Dr. Mu has been awarded three grants totaling over $1.5 million to continue his work on this project and is further pursing the interaction between microRNAs and lung cancer genes.